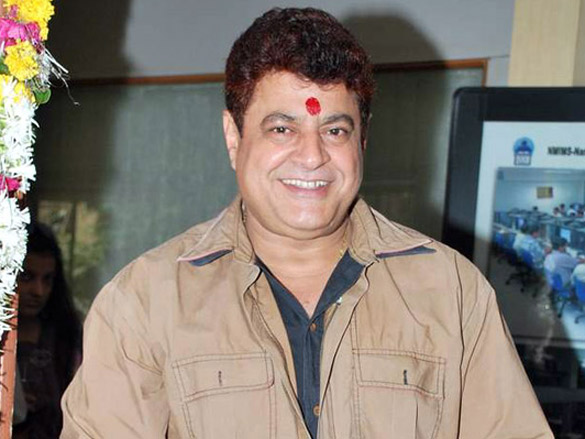 The politicians are at it again—trying to fill up their people everywhere. The latest casualty of what I will call the Gajendra Chauhan syndrome of Indian politics, is likely to be the Reserve Bank of India (RBI).

During the course of last week, the revised draft of the Indian Financial Code (IFC) was released by the ministry of finance, which is currently headed by Arun Jaitley. Among other things the draft also recommends curtailing the powers of the governor of the RBI. RBI is probably the last institution remaining in the country which still has a mind of its own, and does not toe the government line on all occasions.

So, the Indian Financial Code wants to move the monetary policy decision making to a monetary policy committee. This makes immense sense given the extremely complicated world that we live in, it is simply not possible for one man (the RBI governor) to understand everything happening in the world around us and make suitable decisions.

This is something that the RBI also agrees with. In a report titled Report of the Expert Committee to Revise and Strengthen the Monetary Policy Framework (better known as the Urjit Patel committee) released by the RBI in January 2014 it was pointed out: “Drawing on international experience, the evolving organizational structure in the context of the specifics of the Indian situation and the views of earlier committees, the Committee is of the view that monetary policy decision-making should be vested in a monetary policy committee.”

On the broad point both the RBI and the ministry of finance which is responsible for the Indian Financial Code are in agreement. It is the specifics that they differ on. As per the Urijit Patel Committee report the monetary policy committee should have five members. As the report pointed out: “The Governor of the RBI will be the Chairman of the monetary policy committee, the Deputy Governor in charge of monetary policy will be the Vice Chairman and the Executive Director in charge of monetary policy will be a member. Two other members will be external, to be decided by the Chairman and Vice Chairman on the basis of demonstrated expertise and experience in monetary economics, macroeconomics, central banking, financial markets, public finance and related areas.”

Hence, the monetary policy committee in the RBI’s scheme of things would have two outside members to be chosen by the RBI governor and the deputy governor in-charge of the monetary policy. The government would have no say in it. This makes immense sense given that world over there is a clear division between the fiscal function and the monetary function. As Lanchester writes in How to Speak Money: “Fiscal means to do with tax and spending, and is controlled by the government.” Monetary, as explained earlier, is controlled by the central bank.

Why does the government want a majority in a committee that decides on the monetary policy of the country? The answer is fairly straightforward. Politicians all over the world want lower interest rates all the time. And this is not possible if the central bank is independent. Since May 2014, the finance minister Arun Jaitley has been publicly pushing for lower interest rates, but the RBI hasn’t always obliged.

In simple English, what Greenspan means is that the American politicians always wanted low interest rates. India is no different on that front. Arun Jaitley has talked about the RBI working towards lower interest rates almost every month since May 2014, when the Narendra Modi government came to power.
Politicians look at the economy in a very simplistic way—if interest rates are lower, people will borrow and consume more, businesses will do better and the economy will grow at a faster rate. And this will increase the chances of their getting re-elected. But things are not as simple as that.

Further, the trouble is that politicians (or their appointees) asking for lower interest rates are often batting for their businessmen friends. As the current RBI governor had said in a February 2014: “what about industrialists who tell us to cut rates? I have yet to meet an industrialist who does not want lower rates, whatever the level of rates.”

Also, the draft of the Indian Financial Code does not seem to take into account the agreement entered by the RBI and the government earlier this year. As per this agreement, the RBI will aim to bring down inflation below 6% by January 2016. From 2016-2017 onwards, the rate of inflation will have to be between 2% and 6%.
Now how is the RBI supposed to meet this target with a monetary policy committee dominated by members appointed by the government? And who are more likely to bat for low interest rates rather than what is the right thing to do at a given point of time.

To conclude, I have a feeling that the finance ministry bureaucrats obviously want to control things and that explains the monetary policy committee structure that they have come up with in the revised draft of the Indian Financial Code. Given that, the Indian Financial Code is still a draft, the final version as and when it comes up, will be somewhere in between what the RBI wants and what the ministry of finance wants.

I sincerely hope it tilts more towards the RBI than the ministry of finance. We don’t need any more Gajendra Chauhans.

The column originally appeared on Firstpost on July 27, 2015