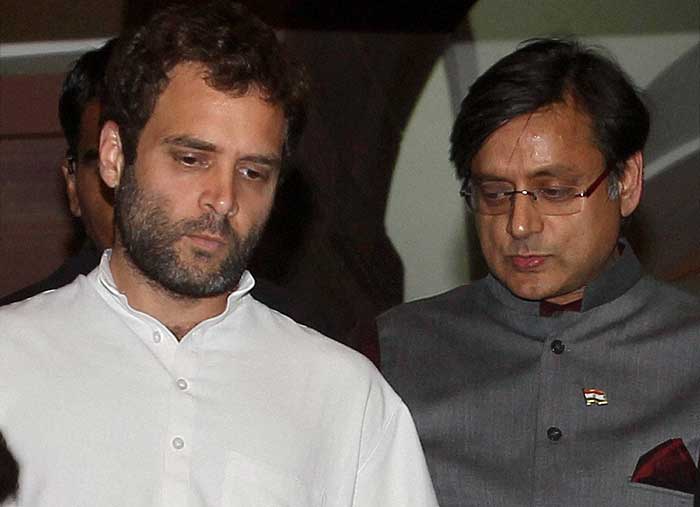 Rahul Gandhi is on a learning spree these days. Yesterday he learnt that Indian middle class also has a problem. A report in The Indian Express points out Rahul as saying: “Mujhe aaj kuch seekhne ko mila. Meri soch thi ki zameen ke mamle pe kisan ko, mazdoor ko, adivasiyon ko dabaya jaata hain. Magar aaj mujhe seekhne ko mila, zameen ke mamle pe middle class logon ko bhi dabaya jaata hai. (I learnt something today. So far, I used to think that only farmers, labourers and tribals are suppressed in land matters. But today I learnt that the middle class is also suppressed).”
The Gandhi family scion said this after meeting distressed home buyers in the National Capital Region. That he did not know that the issue of “land” also impacts the country’s middle class, after having been an MP for more than a decade, is a clear indicator of how well connected he has been with issues that concern the people of this country. But yes he is trying and it’s never too late.
Rahul also said: “They are told that you will get the flat on a particular day but for years they don’t get the flat. They are told the super duper area of the flat would be so much but what is delivered is different.”
There are multiple questions that crop up here. The situation that these home buyers are in currently, did not crop up over the last one year of the Narendra Modi government. It has been work in progress since 2008. So why has Rahul woken up to it now? The answer is fairly straightforward. This sudden concern for the middle class home buyer is a part of the Rahul relaunch.
The second question is how have all these builders managed to get away with taking money from the buyers and not delivering homes even many years later. Rahul met distressed home buyers from the National Capital Region. The Congress party was in power in Haryana (parts of which come under the National Capital Region) for an extended period of time. What did this government do for distressed home buyers in the city of Gurgaon, which is a part of the National Capital Region?
The third question is how have real estate builders in this country managed to have a free run for all these years. When almost every form of investment in this country is regulated, be it mutual funds, stocks, insurance, derivatives and so on, how has real estate managed to be given a free run for so long? The Congress party has been in power at the centre in every decade since independence. Why did it do nothing on this front all these years? Why was the Real Estate (Regulation and Development) Bill introduced only as late as 2013? This after the Congress led UPA government had been in power in Delhi for nine years. Maybe, Rahul can explain all this to the people of this country as well, the next time he decided to speak to the media.
The fourth question is that when opening something as simple as a savings bank account requires multiple documents, why can real estate be almost be bought over the counter, as long as the buyer is willing to pay in cash? How did the system evolve in the way it has? Guess, Rahul can speak to his seniors in the Congress party and maybe they can give him an answer.
The fifth question is what has Rahul’s Congress party done to control the amount of black money being generated in the country, in all the years that it has been in power. As per the Global Financial Integrity report titled Illicit Financial Flows from Developing Countries: 2003-2012, around $439.6 billion of black money left the Indian shores, between 2003 and 2012. If this was the amount of black money that left the Indian shores, imagine the kind of black money that must have been generated during the period.
The Congress led UPA government was in power for much of this period. A substantial portion of the black money that is generated finds its way into real estate, driving up prices and making things very difficult for genuine home buyers who want to buy homes to live in them.
This has led to a situation where the real estate market has totally become investor driven. What did the Congress led UPA government do about this in the ten years that it has been in power?
To conclude, since Rahul Gandhi is in a learning phase, it’s time he saw Yash Chopra’s 1965 classic Waqt. And in it he should concentrate on a dialogue written by Akhtar-Ul-Iman and spoken by Raj Kumar in the movie, which goes like this: “Chinoi Seth…jinke apne ghar sheeshe ke hon, wo dusron par pathar nahi feka karte(Chinoi Seth…those who live in glass houses don’t throw stones at others).”

The column originally appeared on DailyO on May 4, 2015