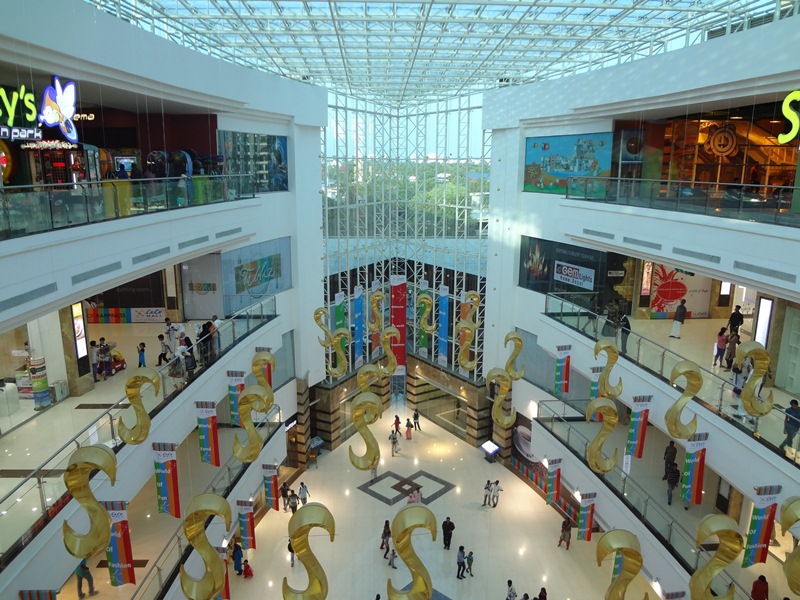 Half of the expenditure of an average Indian family is on food. In case of the poor it is 60% (NSSO 2011). This proportion comes down as income levels go up. Nevertheless, if food prices go up, the pinch is fell by almost everybody except the upper middle class and the rich.
This has an impact on consumption given that incomes don’t always rise at the same pace as food prices and overall inflation. People then cut down on their expenditure on other things leading to a slowdown in consumption growth.
In 2012-2013 and 2013-2014, private consumption growth was at 4.9% per year. In comparison this had been at 8.4% in the preceding five years. This was primarily because both food inflation and inflation as measured by the consumer price index(CPI) were at greater than 10% levels. As people spent more money on things they consumed on a daily basis, the growth in expenditure on non-essentials slowed down.
As Crisil Research points in a research note titled A Rs 1.4 trillion consumption kicker looms: “Sales growth in air-conditioners, washing machines and refrigerators nosedived from 18-20% in fiscal 2010 to 3-4% in fiscal 2014. Passenger vehicle sales plummeted to an average 6.2% in fiscals 2013 and 2014 compared with 29% in fiscal 2011.” This clearly tells us that many people postponed the purchasing things that were not essential for everyday living.
Things have changed in the recent past. The consumer price inflation for the month of February 2015 stood at 5.4%, well below the double digit levels. Food prices remained flat during the course of the month in comparison to February 2014.
Over and above this, oil prices have also fallen big time in comparison to where they were last year. On March 18, 2014, the price of the Indian basket of crude oil was at $104.47 per barrel. On March 16, 2015, around a year later, the price of the Indian basket of crude oil was at $52.11 per barrel or 50% lower. The entire fall in price of oil has not been passed on to the end consumers. The government has increased the excise duty on petrol and diesel. Nonetheless, there has been some relief for the end consumer. The retail price has fallen by Rs 12.3 per litre for petrol and Rs 6.8 per litre for diesel, since April 2014.
Crisil Research expects lower food inflation and lower oil prices to do the trick in pushing up private consumer expenditure growth: “The fall in food inflation and lower fuel prices will together yield additional ‘savings’ (or increase in spending power) of Rs 1.4 trillion in fiscal 2016 compared with nearly Rs 509 billion in fiscal 2015. Savings on fuel expenses alone will be Rs 300 billion, while on food it will be more than thrice that at Rs 1.1 trillion.”
Another factor that should help is a fall in inflation expectations(or the expectations that consumers have of what future inflation is likely to be). In the inflation expectations survey released by the Reserve Bank of India(RBI) for September 2014, the inflation expectations over the next three months and one year were at 14.6 percent and 16 percent.
In the latest inflation expectations survey for December 2014, these numbers crashed to 8.3% and 8.9%. A belief among consumers that prices will not continue to go up at the same rate as they have in the past, is very important to get consumption going again. Hence, a fall in inflation expectations should help.
What will also get consumption going is the fact that increasing disposable income will help people to borrow more, given that their capacity to repay will go up. As Crisil Research points out: “The household sector in India is under-leveraged, with the household debt (from bank and formal non-bank sources) to GDP ratio at just 12% compared with close to 80% in United States. Household debt from commercial banks and non-banking financial companies was nearly Rs 14 trillion as of March 31, 2014, including housing and educational loans. This is just 22% of household consumption. Moreover, most of the debt was accumulated in the last decade and more than 60% was taken to buy houses. If we exclude these housing loans – which do not form a part of consumption — then the ratio falls to 8%.” What this means that there is a huge scope for the Indian consumer to borrow and spend.
All these reasons will essentially ensure that in the financial year starting next month, the Indian consumer will make a comeback with his shopping bags. Crisil Research expects private consumption to grow by 7.8% in 2015-2016. “An increase in purchasing power led by declining inflation and improvement in incomes will ensure a gradual but steady pick-up in consumption demand next fiscal. At the sectoral level, we expect passenger vehicles sales to grow by 9-11% in fiscal 2016, up from 3-5% growth in fiscal 2015. Similarly, household appliances sales are forecast higher – television sales at about 9% compared to a 0.3% decline in fiscal 2015, air conditioners at 15% compared to 9%, and refrigerator at 10% compared to 5%.”
What can spoil this upcoming party for the consumer? The recent unseasonal rains in the Northern states will push food prices up in the coming months. As economists Taimur Baig and Kaushik Das of Deutsche Bank Research point out in a recent research note: “Disinflation in food prices have ended and it is more likely than not to expect higher food prices from March onward, especially given the recent unseasonal rainfall, which may have impacted some crops.”
Despite this negative, it looks like acche din for the Indian consumer are about to start.

The column originally appeared on The Daily Reckoning on Mar 18,2015