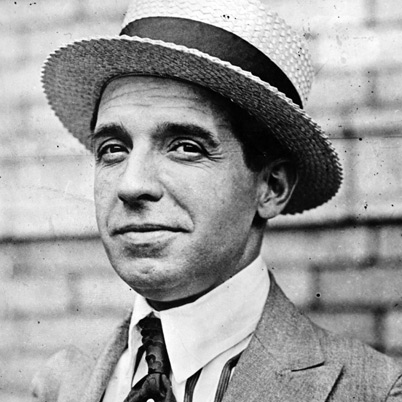 In the budget speech that he gave in July 2014, while presenting his first budget, the finance minister Arun Jaitley had said: “My Road map for fiscal consolidation is a fiscal deficit of 3.6 per cent for 2015-16 and 3 per cent for 2016-17.” Fiscal deficit is the difference between what a government earns and what it spends. It finances the deficit through borrowing.
In the budget speech that Jaitley gave on February 28, 2015, he put fiscal consolidation on the back burner, when he said: “I will complete the journey to a fiscal deficit of 3% in 3 years, rather than the two years envisaged previously. Thus, for the next three years, my targets are: 3.9%, for 2015-16; 3.5% for 2016-17; and, 3.0% for 2017-18.”
This is a worrying trend. Finance ministers want to increase government expenditure but they do not have much of an idea about how to increase its income. In the process, they end up running higher fiscal deficits, which leads to the government borrowing more.
As can be seen from the table that follows the Ponzi ratio of the Indian government has gone up over the years. In 2009-2010, it was at 0.70, and in 2015-2016, it will be at 1.23. Before I go about explaining what this means, it is important to go back in history and talk about a certain Charles Ponzi.


Sometime in 1919, Charles Ponzi, an Italian immigrant into the United States, promised investors in the city of Boston that he would double their money (i.e. give them a 100% return on their investment) in 90 days.
Ponzi had hoped that to make this money through a huge arbitrage opportunity that he had spotted among the international postal reply coupons being sold across different countries. But due to various reasons both bureaucratic as well as practical, he could never get around to executing the scheme he had come up with.
But by the time Ponzi realised this, big money was coming into his scheme and he had got used to a good lifestyle. At its peak, the scheme had 40,000 investors who had invested around $ 15 million in the scheme.
Ponzi kept his investors happy by using money brought in by the new investors to pay off the old investors who wanted to redeem their investment. And that is how the scheme operated up to a point. On July 26, 1920, the Boston Post ran a story questioning the legitimacy of the scheme.
Within a few hours, angry depositors lined up at Ponzi’s door, demanding their money back. Ponzi asked his staff to settle their obligations. The anger subsided, but not for long. On Aug 10th, 1920, the scheme collapsed. The auditors, the newspapers and the banks declared that Ponzi was definitely bankrupt.
Ponzi was not the first individual to run a Ponzi scheme, just that his name stuck to it. A Ponzi scheme is essentially a fraudulent investment scheme in which money brought in by new investors is used to redeem the payment that is due to existing investors.
Governments also degenerate into Ponzi schemes over the years, though there is no intention of fraud. This happens when governments do not earn enough and issue new debt to repay old debt as well as pay interest on it.
Take a look at the table shared above. In 2009-2010, the interest payment on the total debt of government of India stood at Rs 2,13,093 crore. Over and above this, the government had to repay around Rs 81,764 crore of debt that was maturing. The total debt servicing cost came to Rs 2,94,857 crore. This amount divided by the fiscal deficit of Rs 4,18,842 crore was around 0.70. This ratio I refer to as the Ponzi ratio.
In 2015-2016, the interest payment on government debt will be at Rs 4,56,145 crore. The maturing debt that needs to be repaid is at Rs 2,25,574 crore. This leads to a total debt servicing cost of Rs 6,81,719 crore. The fiscal deficit for the year has been projected to be at Rs 5,55,649 crore. This means a Ponzi ratio of 1.23.
Hence, the entire fiscal deficit or the difference between what a government earns and what it spends, and which is financed through borrowing, is being used to pay interest on existing debt as well as repay the debt that is maturing. In fact, this is eating into the government revenues as well. Hence, because of the burgeoning debt the Indian government is spending more and more of its money on servicing debt. This is clearly not a good sign as it leaves a lesser amount of money to be spent on other things.
In the July 2014 budget speech, Jaitley had said: “The Government will constitute an Expenditure Management Commission, which will look into various aspects of expenditure reforms to be undertaken by the Government. The Commission will give its interim report within this financial year.” The Commission led by former Reserve Bank of India governor Dr Bimal Jalan, submitted its report in January earlier this year. Nevertheless, the recommendations of the Commission do not seem to have made it into the budget.
The one big-ticket expenditure item that Jaitley had to deal with in this budget were the recommendations of the 14th Finance Commission which increased the states’ share of central taxes from 32% to 42%. The other big-ticket item that Jaitley should have done something about, he chose to more or less ignore.
The public sector banks need a huge amount of capital in the years to come. The PJ Nayak committee report released in May 2014, estimated that between January 2014 and March 2018 “public sector banks would need Rs. 5.87 lakh crores of tier-I capital.”
The report further points out that “assuming that the Government puts in 60 per cent (though it will be challenging to raise the remaining 40 per cent from the capital markets), the Government would need to invest over Rs. 3.50 lakh crores.” In the next financial year’s budget Jaitley has committed just Rs 7,940 crore towards this.
Further, as Jaitley said in his speech: “uncertainties that implementation of GST will create; and the likely burden from the report of the 7th Pay Commission.” This will make expenditure management even more difficult in the years to come. This means that the government Ponzi scheme will only get bigger than it currently is. Let’s see how this goes.

The column appeared on The Daily Reckoning on Mar 4, 2015