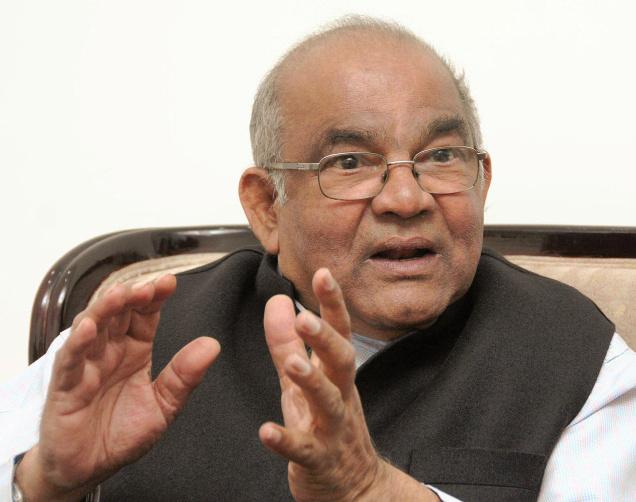 The 14th Finance Commission led by former Reserve Bank of India(RBI) governor, Dr Y V Reddy, has recommended that the states’ share of central taxes be increased to 42%, from the current 32%. As the report points out: “increasing the share of tax devolution to 42 per cent of the divisible pool would serve the twin objectives of increasing the flow of unconditional transfers to the States and yet leave appropriate fiscal space for the Union to carry out specific purpose transfers to the States.”

The Narendra Modi government has accepted the recommendations of the Finance Commission. In a letter to the chief ministers Modi said: “This Government is…committed to the idea of empowering states in all possible ways. We also believe that states should be allowed to chalk out their programmes and schemes with greater financial strength and autonomy, while observing financial prudence and discipline.”
“It is in this context that we have wholeheartedly accepted the recommendations of the 14th Finance Commission…The 14th FC has recommended a record increase of 10% in the devolution of the divisible pool of resources to states. This compares with the marginal increases made by previous Finance Commissions. The total devolution to states in 2015-16 will be significantly higher than in 2014-15,” the Prime Minister wrote.
The recommendations of the Finance Commission are in line with one of Modi’s pet themes of “cooperative federalism”. Also, giving more money to the state is only fair given that the taxes also come from the states.
Having said that, it also makes more sense for state governments to spend money rather than the central government.
When state governments spend money the multipliers are higher in comparison to when the central government spends money. What this means is that expenditure carried out at the state government level is more efficient and adds more to the gross domestic product (GDP) than in comparison to the central government.
In a September 2013 research paper titled Size of Government Expenditure Multipliers in India: A Structural VAR Analysis, Rajeev Jain and Prabhat Kumar of the Department Of Economic And Policy Research of the RBI, make this point. As they write: “In the case of India, one per cent increase in total spending by the Central government leads to 0.04 per cent increase in GDP…In contrast, one per cent increase in aggregate expenditure by the State governments has an incremental impact of 0.11 per cent…Higher expenditure multipliers found in case of State governments than the Central government may reflect the quality of expenditure which is found to be better in case of former than the latter.”
The RBI researchers also point out a reason for this: : “Lower expenditure multiplier at the Central level perhaps confirms the argument made in the literature that local government spending generates higher expenditure multiplier as investment projects are of relatively smaller scale, and are managed locally and, therefore, have lower gestation lags than projects of higher level of government.” Further, it is easier to keep track of projects at the local and state levels, than from New Delhi.
What helps further is the fact that expenditure happening at the central level is “thinly spread over a large number of programmes and large areas of the country.” On the other hand expenditure happening at the state level is more focussed.
The researchers also found that when states carry out capital expenditure, it is more growth inducing than when the central government does the same. But ironically, “even though the States’ capital outlay has the highest multiplier effect on GDP, its share in combined expenditure is only 6.7 per cent (an average of 1980-81 to 2011-12).” Hopefully, this anomaly should be set right in the years to come. The multiplier is also higher at the state level in case of development expenditure. What all this tells us is that there is a clear case of decentralization of government expenditure. The Modi government accepting the recommendations of the Finance Commission is a right step in that direction.

The column originally appeared on www.firstpost.com on Feb 26, 2015