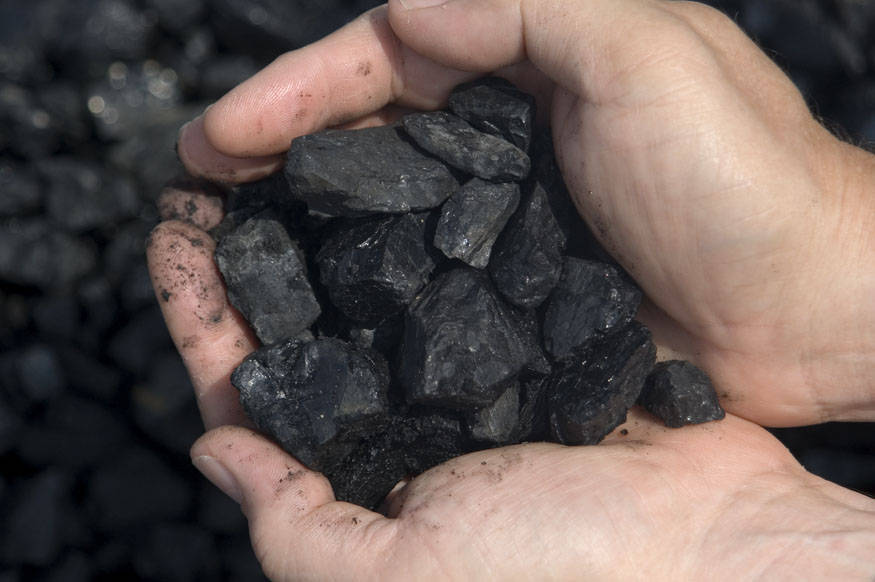 The government owned Coal India which produces a major portion of India’s coal, releases production numbers every month.
In October 2014, the company met its production target for the first time during this financial year. The company produced 40.20 million tonnes of coal during the course of the month. The target was at 39.74 million tonnes.
Nevertheless, this is where the good news ends. Between April and October 2014, the company was supposed to produce 259.85 million tonnes of coal, but managed to produce only 250.96 million tonnes or around 97% of its target.
Coal India produces more than four fifth of the coal produced in the country. Hence, India is more or less totally dependent on the company to produce the coal that is needed. And the fact of the matter is that Coal India has not been able to increase coal production at the same pace as coal demand has increased. This despite the fact that India has close to 301.56 billion tonnes of coal reserves as per estimates of the Geological Survey of India.
Coal India produced 323.58 million tonnes of coal in 2004-2005. Since then the company has managed to boost production to 462.42 billion tonnes of coal in 2013-2014, at an average annual rate of 4.05%. During the period coal imports have shot up from 28.95 million tonnes to 171 million tonnes, at an average annual rate of 21.8%. This clearly shows the disconnect between coal production and coal demand.
The production of coal by Coal India has not been able to keep pace with the rate at which demand for coal has grown in the last decade. And this explains to a large extent why 61 out of India’s 103 power plants had a coal inventory of less than four days as on last Thursday.
The basic reason for this lies in the fact that Coal India’s productivity is very low. The number to look at here is the output per man shift. In 2013-2014, this number had stood at 5.62 tonnes. For underground mines this had was at 0.76 million tonnes, whereas for open cast mines it was at 12.18 tonnes.
The number has seen some improvement over the last decade. In 2004-2005, it had stood at 3.05 tonnes for open cast mines. For underground mines the number was at 0.69 tonnes.
While on the face of it there has been an improvement in the productivity of Coal India, but this increase falls flat when we compare it to the output per man shift number at the international level.
Let’s take the case of Australia. In 1986, the output per man shift of an open cast mine in Australia was at 35 tonnes. For underground mines it was at 12 tonnes. In the Indian case the numbers stood 12.18 tonnes and 0.76 tonnes in 2013-2014. Hence, the productivity of Coal India is not even near the level where it was in Australia nearly 30 years back.
How does the latest output per shift number from Australia look?  As Swaminathan Aiyar pointed out in a recent column in The Economic Times “In Australia, collieries produce 75 tonnes per manshift (of eight hours) in open-cast mines and 40 tonnes per manshift in underground mines.”
There are several reasons for this low productivity of Coal India. As Suyash Rai and Ajay Shah point out in a recent people titled India needs more coal “A monopoly [like Coal India] does not face the competitive pressure that punishes inefficiency…The relationship with labour in Coal India appears to be lopsided, even by the standards of public sector firms. Junior staff at Coal India are paid rather well when compared with other employment with the similar skill and hardship. This may be attributed to powerful trade unions. The strength of trade unions may explain the low productivity at Coal India.”
Given these reasons there are a few things that need to be done urgently if India is to produce more coal. First and foremost the monopoly of Coal India needs to be ended. A simple way is to allow foreign as well as Indian private investment into commercial mining of coal.
There is another way the monopoly of Coal India could be ended. Coal India currently operates through eight subsidiaries which produce coal. Another subsidiary the Central Mine Planning and Design Institute (CMPDI) essentially does all the planning for Coal India and does not produce any coal.
The time has come to dismantle Coal India and let the eight coal producing subsidiaries operate on their own. This will get some competition going in the sector. It will also unleash the real potential of companies like Mahanadi Coalfields Ltd and Northern Coalfields Ltd, which are the companies which have been driving the performance of Coal India. There operating margins are better than the best private companies in India.
Also, other companies like Eastern Coalfields and Bharat Coking Coal which bring down the overall performance of Coal India will have to fend for their own.
Having said that both proposals are a political minefield and it remains to be seen whether the government is willing to push them through.

The article originally appeared on www.FirstBiz.com on Nov 4, 2014