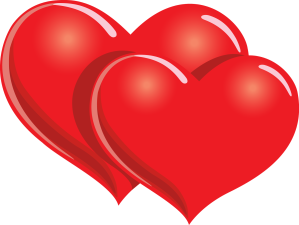 Vivek Kaul
(This is a work of fiction)
It was late evening in Lutyens Delhi and winter was gradually giving away to the long hot summer. Madam was sitting in her verandah and was listening to an old Kishore Kumar song.
“Zaroorat hai zaroorat hai zaroot hai,” went the lines. “Ek shirmati ki, kalawati ki, seva kare jo pati ki.”
The CD player had been set on a high volume. This woke up Raul, who was having his daily afternoon siesta.
“Ma, you don’t have to play it so loud,” Raul baba said as he barged into the room. “You know I sleep very late at night.”
“I was hoping you’d take the hint beta,” said Madam, who other being Raul’s mother was also the chief of the Con-Regress party.
“Ma, you know what?” said Raul. “As I told journalists the other day I am like a parachute.”
“So?”
“A parachute can land anywhere. It needs a lot of training to land it at the same place all the time.”
“So?”
“Well if I get married, the parachute will have to land at the same place all the time. And I am still not trained enough to do that, still finding my feet around.”
“Oh,” said Madam. “I really didn’t see it that way.”
“You like Kishore Kumar songs. I like Amit Kumar, his son’s voice more,” said Rahul, taking the conversation on a totally different track.
“Amit Kumar? Where did he come from?”
“Let me play to you my favourite Amit Kumar song,” said Rahul, putting on a CD.
“Jab se hui hai shaadi aansu baha ra hoon,” went the lines. “Aafat gale padi hai usko nibha raha hoon.”
“Ha ha ha. Naught boy,” said Madam, trying to rough up Raul’s hair.
“Ma, I am man now. A 42 year old man,” said Raul. “And the difference between the father and the son can be seen in the songs that they sang. Kishore Kumar married four times. Amit married just once and that too very late in life.”
“Yes,” said Madam. “I am only bothered about you beta. I am fine as long as you marry, even if its late in life. But how late can it really get? You’ll turn 43 in June. Hope you don’t get too late because the show needs to go on beta.”
As soon as Madam had finished asking her question, Raul’s mobile phone started to ring. “Shayad meri shadi ka khayal dil main aaya hai is liye mummy ne teri mujhe chai pe bulaya hai,” went the ring tone.
“Excuse me,” said Raul and disappeared into his room.
Madam followed him and put her ears close to Raul’s door trying to overhear the conversation. And she could easily hear Raul’s side of the conversation.
“Haan jaan bolo!”
“No baby!”
“I love you baby. But in politics we have to keep saying things.”
“You want me to repeat what I told the journalists the other day?”
“I feel we should all be detached from power. Only then we can contribute to the society better. You people ask me about my marriage plans. Sometimes, I think, if I marry and have children, I would want my children to take my position. Sometimes, I feel that status quo is better.”
“You thought that was funny?”
“Thank you. Thank you. I came up with that impromptu. It went with my broader philosophy also. I never mean what I say and I never say what I mean.”
“But why don’t you want any children?”
“My show must go on baby! Please understand. Or Bob’s children will take over. The bugger is even throwing a party tonight.”
Madam kept hearing Raul’s side of the conversation till the bunch of keys she was holding in her left hand fell and alerted Raul.
“Okay, I will call you at night,” he blurted out, cut the call and rushed out of the room.
“So?” asked Madam.
“Guess you figured it out.”
“Who’s she?”
“My girlfriend.”
“When are you marrying her?”
“I don’t know. She says, she likes me, but is not sure if she loves me.”
“Oh!”
“And you know that parachute line. I actually borrowed it from her. She said it first.”
“These parachutes seem to be ruining my life,” said Madam.
“Okay. Tell me when she is ready,” said Madam, going back to listening to songs.
This time it was another Kishore Kumar number that was playing.
“Barah mahine line maari phir bhi laga na number, January main shuru kiya tha aa gaya December, mera phir laga na number!” went the lines.
(This is a work of fiction)
The article originally appeared on www.theunrealtimes.com on March 6, 2013
(Vivek Kaul is a writer. He tweets at @kaul_vivek)