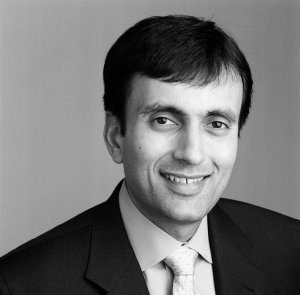 Ruchir Sharma is the head of Emerging Market Equities and Global Macro at Morgan Stanley Investment Management. He is a regular sprinter and last year he participated in the World Masters, a track and field event for men and women over 35, running the 100 metre and 400 metre events. Earlier this month his bestselling book Breakout Nations – In Pursuit of the Next Economic Miracles won the Tata Literature Live! First Book Award.
Seated in his 19th floor office in the middle of what used to be Mumbai’s textile mill district he said “my problem with India when I wrote the book last year was whether expectations where running too high and that we were extrapolating 8-9% growth endlessly into the future. Expectations have been ratcheted down dramatically since then and now a 6% is taken as a new normal.”
Sharma is optimistic because expectations have been reset. But he still feels conflicted about India because he finds that at the centre things are dysfunctional. “One of the rules of the road I had in the book that typically the average life of a good government is seven to eight years. After seven-eight years you tend to get diminishing returns for government. This is true about even best governments in the world led by the likes of Margret Thatcher, Francois Mitterrand and there are very few outliers like Lee Kuan Yew who do well for decades,” said Sharma. “No matter what the government does now, whatever reforms they announce is viewed cynically, and it doesn’t stick because the credibility is just so slow after being in power for so long,” he added.
His other big worry are the bureaucrats in Delhi who are not cooperating and seem to be  hedging their bets. “From whatever I get to gather is that the bureaucracy is not that cooperative anymore because they are scared about being associated with any decision. You never know as to how they will be investigated further. Second problem is that some bureaucrats are also not keen to be too closely aligned with the government because they don’t know what is going to happen after 2014. So they are into hedging their bets,” explained Sharma. “Bureaucrats also feel let down by the politicians for having been arm twisted into taking decisions on behalf of politicians which were not always the correct decisions for the country and now they are paranoid to take any decisions,” he added.
The good thing Sharma feels is that the government has at least recognised that they have a problem at their hands and keep spending their way to eternity. “Till a year ago, even in April, there was no recognition of the problem. And that to me is at least a positive that we can look on,” he said. “The real fear that I have now is that we do all this now and this is only prepping up to put out another populist scheme at the end of it, at the first sign when things are manageable. To me the real signal will come if they back down on these populist schemes such as the whole food subsidy bill etc. Not because it’s bad thing to do, but you can’t keep writing cheques which the exchequer can’t cash.”
Once, the government stops being populist only then can they control inflation and thus hope to bring down interest rates. As Sharma puts it “The problem is the same that unless we put an end to this populist surge in terms of spending you can’t get a meaningful decline in interest rates. That really is at the core of the problem as far as inflation and interest rates are concerned. How do you put an end to that culture? That genie is out of the bottle. How do you put it back in?.”
Also, the risk of a downgrade by one of the rating agencies is terribly overdone feels Sharma. “I just feel this fuss about that is really overdone to be honest with you because who cares! They are far behind, so whether we get downgraded or not, to me it just doesn’t matter. The reasons for the downgrade are already well known. If it happens it will be a formality. It will be a short term negative undoubtedly,” he said.
The article was originally published in the Daily News and Analysis (DNA) on November 26, 2012.
(Vivek Kaul is a writer. He can be reached at [email protected])